“We’re from New Jersey,” begin the Browns, who are in town for a moment “working on the house,” out and about on a search for furniture and other home goods. It’s a familiar refrain on the island, specifically in a place like Callawassie where the community’s reputation proceeds it and draws future residents from all ports around the world.

Looking around the room at any event or group or gathering from tennis to gardening to shooting with clays or cameras, your smile widens, and sensibilities are challenged by the variety and appeal of so many different kinds of faces – from so many different kinds of places. It makes for a well-rounded community and has inspired this new series of stories on some of the fascinating new residents who are Coming to Callawassie. 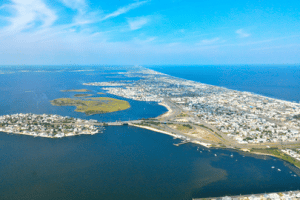 We Fell in Love with the Place

“We live in a little town called Ortley Beach,” says Robert Brown about a spot officially described as “an unincorporated area of Toms River, New Jersey.” “We decided that we wanted to spend the winters some place warmer but we already live at the beach on the Jersey Shore, so we didn’t need to be right on the ocean.” They have family in Hilton Head and had “heard that Beaufort was a beautiful area” so they started with Spring Island but only Callawassie had the rental they were looking for.

Even coming down in the height of the covid onset in early 2020 it was still kismet. “We rented for six weeks and just fell in love with the place. The people were just so…”

“…Inviting and warm,” Rhonda Brown finishes his sentence, fluidly, two halves of the same excitement for a new but already rooted home.

“We looked…” she pauses with gravity, emphasizing the exhaustive effort to unearth just the right treasure. “I made Robert look in every community up and down – Berkeley Hall, Colleton River, Hampton Lake…”

“Oldfield,” Robert picks up, as they talk over each other trying to encapsulate and capture this newfound fascination:

Robert: “We visited 7 or 8 places and – don’t get me wrong they were all very nice but – none of them had that feel that Callawassie had. Maggie [Denison, Callawassie Island Marketing Manager] found out some of our interests and introduced me to the head of the shooting club, who immediately invited me. Rhonda joined the tennis program – and we were just renters!”

Rhonda: “She heard we liked golf and told us they do a couples golf on Sunday – we didn’t have to call, they called us and said come out on Sunday and we’ll put you in. Now these are people who we’ve stayed with when we’ve come in to visit our home as it’s being built – and we have friends who have come to the Jersey Shore already in the summer and stayed
with us. We can’t wait to start at Callawassie.”

The Feel of Callawassie

Robert: “To sum it up I would say it’s 2 things: 1). The people – the residents as well as staff. 2). It’s just the feel of Callawassie. The houses aren’t on top of each other and there’s a feel of nature and becoming a part of it. It’s just a beautiful place to be and to wake up in the morning.”

The Browns’ home is set to be finished in the spring, but the draw of “the-island-inland-of-the-island” isn’t subtle as they soon realize. Ticking off their itinerary between fall of this year and completion it dawns on them, “we’ll be here every month.” 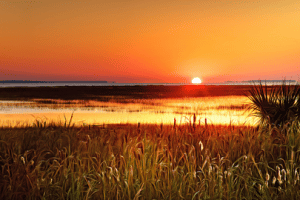 For the Browns it was love at first lot. “It was an easy decision because we fell in love with the area and made such great friends even just being here for 6 weeks as renters. We could see ourselves living here, and then on top of that we found a fantastic lot – it was such a beautiful lot on the marsh, view of the marsh out to the Colleton River. It wasn’t a hard decision.”

“When we looked at the other developments,” Rhonda adds, “we came back to Callawassie, and the amenities were almost more appealing here.”

Robert agrees, “Callawassie felt more comfortable, a more relaxed environment, and the amenities matched all of them on quality and design – theRiver House, the gym, new Clubhouse, pools, and the people you get to know; we’ve become friendly with the bartender and the servers. You make connection so fast.”

Like people who are made only better by the good friends and relationships with which they surround themselves, so too Callawassie Island is buttressed by its surroundings as Robert Brown words well saying, “Callawassie Island is off the beaten path but in the middle of so much – I love the proximity to everything:
“You have all these really great places, and you don’t feel like the more crowded locations where you can’t move around.”

It’s not just the Browns… it’s also Sophie the four-year-old Brittany Spaniel. “A hunting dog,” says Robert translating for her, “she loves it down here and was especially thrilled to find great bird hunting down here.” Which kicked up another round of counting club memberships and amenities, because on Callawassie you really can do a bit of everything. Rhonda clicks off kayaking, Blind Squirrels, wanting to learn new things.

“I play tennis already.” She pauses here for a moment – their fast and furious dialogue a celebration of all the island has to offer in relationships, resources, and recreation – and in true Jersey fashion she cuts through the fat and lands their mutually passionate spiel in two simple “finished” words: