Holidays on Callawassie Island: The Magic of Magnetism

We don’t raise our children upstairs from the store, down the street from the factory, or in the middle of the family farm anymore. Few of us can even remember when lives like that were the “norm.” For most of us, it’s been foreseen from our earliest school days that we might have to go a long way from home to seek our fortune, to find the keys to the lives we envision, and to become the person we feel we were meant to be. It takes a strong and generous parent to encourage a view like this.

As attractive as an empty nest might seem when a child is in the throes of “the terrible twos,” riding the roller-coaster of social acceptance in middle-school, or challenging authority with a brand-new driver’s license, it still leaves a hole in your heart when they finally fly the nest. So, having a home that is attractive to your grown children is as much a gift as it is an asset. For many of us on Callawassie Island, it’s a gift we’re grateful for all the time, and never more than during holiday time.

From among all the private communities in South Carolina, what makes Callawassie Island such an unusual draw for our children, such a magnet for generations? Different families cite different facets, or at least they list them in different orders. However, most of the answers lead back to just one: it’s the whole thing. No one or two features, assets, or amenities account for the drawing power that our homes on Callawassie Island hold for our grown children. It’s the way they all add up and fit together. Still, the priorities can be as different as the families. Here are just a few examples. 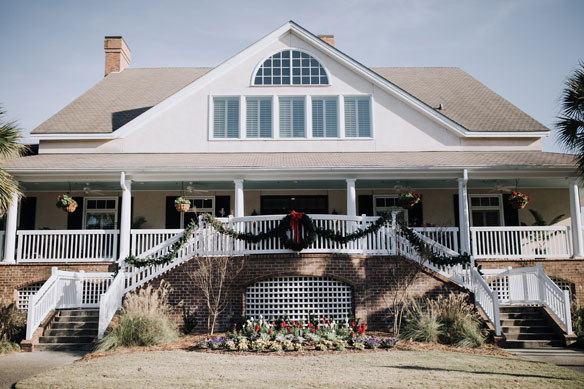 Home as a Christmas Story

“It just keeps getting better and better,” she said. Jennifer and Kevin Withrow bought each other an unusual Christmas present in 2007. They purchased the land for their Callawassie Island home then, with an eye on how they wanted to enjoy their future, after the California chapter of their lives, near Yosemite. “For the first half of our lives, we had mountains. For the second half, we wanted water,” Jennifer said. Then in 2015, it was December again when they completed building their home. Jennifer says she felt at home already, right from the beginning. “People were friendly,” she said. “My family was from Virginia, so I recognized this warmth right away.”

Kevin’s older brother visited Callawassie Island, and he moved here soon after. In 2017, Jennifer’s mother moved here too, to a nearby home on the Island. “Mother saw it last Thanksgiving, and bingo! We helped her make the move.” The Withrows are by no means the only family that didn’t wait for the Holidays to converge on Callawassie, and like so many others, when they saw it, they wanted to stay. And, the family story started even before Jennifer’s and Kevin’s decision to buy here, because it was Kevin’s other brother, Dick, and his wife Faye, who preceded Jennifer and Kevin here and showed them around in that long-ago 2007 visit.

With grown children in the San Francisco Bay Area and Oregon, Jennifer says they “take turns.” At the busiest stages of their careers and families, the grown children don’t all come at once for a holiday, but rather rotate informally from holiday to holiday. Seems to work well for all. “They have all been here,” she said, “the youngest four or five times.”

When it comes to favorite Callawassie Island attractions, Jennifer mentions tennis. She feels it keeps her young. “I play tennis with an 80-year-old, and she makes short work of me,” she said. And yet, “The Island has gotten younger.” She’s noticed more and more couples in their 30’s and 40’s with school-age children, becoming residents of Callawassie Island.

Not Only Family But Friends Too

We have a community of friendships here that does far more than fill in the gaps between family visits.

“Living on Callawassie Island is like being in college,” Jennifer said. “That’s the only other time I can think of in life when you’re surrounded by so many people who share your interests. There are block parties with our neighbors, the Tennis Club for tennis, the Blind Squirrels for golf; it’s almost busier than we can keep up with.”

One of Jennifer’s favorite options at holiday time comes from the kitchen at the Callawassie Island Club. “The Club offers everything you need if you don’t want to be the cook this year,” she said. “I pick up my turkey dinner in my golf cart, wearing my apron.” 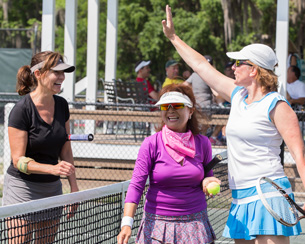 Trading the Pacific for the Atlantic

Another California family who traded oceans when they discovered Callawassie Island is the family of Shane and Valerie Smith. Family in Monterrey, business in Los Angeles, an international career still in full swing, and a family ranging in age from one year old to 92, Shane and Valerie found a way, not just to make it work, but to thrive even further on Callawassie Island.

A Carolina sea island might not seem like a central location to some, but to the Smiths it has proven to be ideal. “We have family coming in from all over,” he said, “L.A., Oregon, Washington state, Maryland, and Europe.” The connections, Shane said, help overcome that distance too, with Savannah and Charleston international airports both practical from Callawassie Island, and the routes available from there connecting with the globe.

“We, perhaps selfishly, believe the Lowcountry is a great place for family gatherings,” Shane said. And that has as much to do with interests as it does with connections. “There’s enough room here to be comfortable and enough variety of interests to keep everybody busy.” 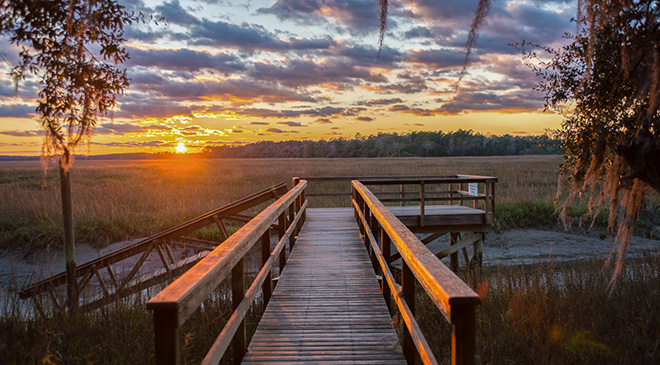 The Magnetism Led to Simper Holidays

“Holidays are simpler now, with our in-laws and my Mom living on the Island,” Shane said. “They don’t have to travel now, and with three homes, the family has lots of options on where to stay.” With all this to draw them, the Smiths welcomed 17 for Thanksgiving dinner, including family and friends. Thanksgiving is just the beginning, too. “Depending on everyone’s business and other family commitments, pretty much everyone comes by at least once during the winter holidays.”

History, nature, wildlife, and great food are some of the advantages that the Smiths point to, compared with where they grew up on the West Coast. “Visiting with family in an interesting, comfortable place is part of the draw,” Shane said. “And being on the water, with our boat, makes a special reference point for our visitors. It opens up so many new ways to see, appreciate and engage in the area. Fishing, dolphin watching, sightseeing and access to towns and restaurants without having to get in cars is unique and exciting.”

Friends attract family, too, Shane pointed out. “Our family and friends have met and enjoyed the company of our friends on the island. We enjoy golfing with neighbors and have a wide variety of new friends thanks to our parents’ involvement on the island.”

Connections with family and friends like these abound on Callawassie Island, and about the only thing our stories have in common is the thing that attracted us all. We, and so many others, have found the warmth, balance, and connection here to be just what they wanted, whether they knew they were looking for it at first or not.