The Holidays We Make Any time on Callawassie Island Winters are so gentle on Callawassie Island that we often lose track of the change of seasons, especially the contrast of weather between winter and spring. This quick transition is arguably one part of what makes this one of the best places to live in South Carolina. However, embracing the change from one season to the next is what drives so many of the celebrations that welcome spring, not only here on Callawassie Island, but in other cultures around the world and for as long as recorded history.

Easter and Passover are just two of the many ways people celebrate new life and the annual victory of light over darkness that comes with the season of spring. The sun begins to rule more and more of the day, and the night shrinks little by little.

With more of the spring days and the nice weather to enjoy, it’s no wonder we find ourselves spending more time outdoors with our families and friends. Callawassie Island has proved to be such an ideal location for these gatherings, and more than once, inspiring whole families to relocate here.

Choosing Callawassie from a Global Perspective 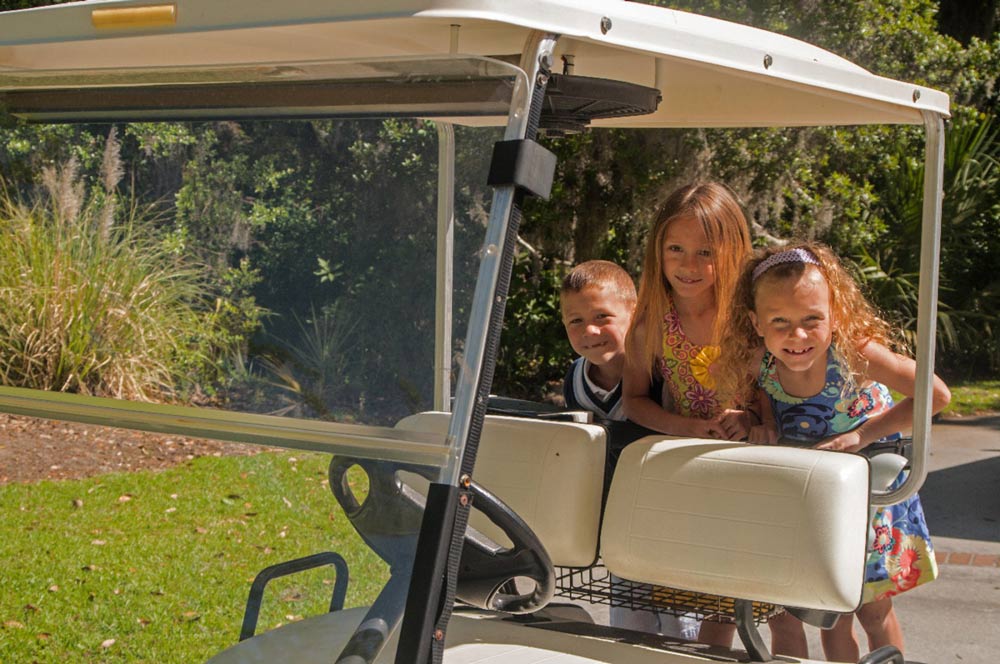 Callawassie Island residents, Dick and Penny Courreges, met in the Peace Corps. Dick was in the Peace Corps, and Penny was in the Canadian University Service Overseas, but they were both in Kenya, working with locals on community development projects. Penny was a long way from Edmonton, Alberta, and Dick was a long way from San Mateo, California, but the relationship that began there in Kenya continued to span the globe.

Remarkably, when the far-flung family they started finally converged, it was here on Callawassie Island.

“Even when I was based here in the States, I was all over the world,” Dick said. His career with Occidental Petroleum assigned him to offices all over the U.S., and his assignments took him practically anywhere and everywhere that oil was present. Dick and Penny were living near Philadelphia when their daughter Catherine was born, yet she started school in England.

A Choice That Magnetized the Whole Family

Dick was on assignment in Bangladesh in 1997 when he and Penny started looking along America’s Lowcountry coast, from Jacksonville to Charleston, for a place to settle down. Not only did they find what they were looking for on Callawassie Island, but it proved to be a place that magnetized their whole family. 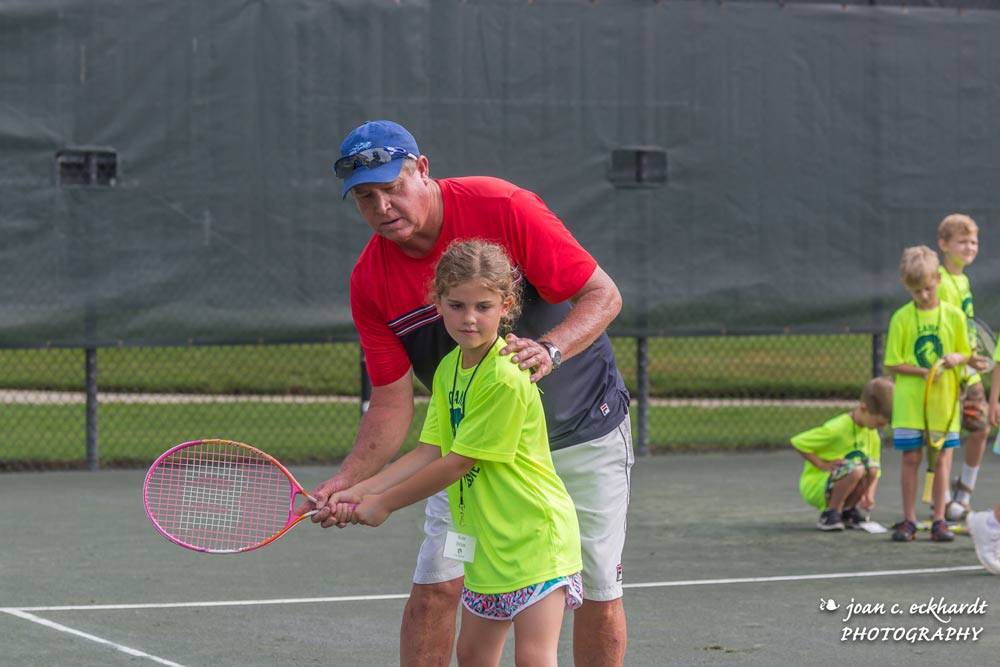 Daughter Catharine had been a collegiate golfer, and around her married home near Philadelphia, it was almost too expensive to play regularly. So imagine the attraction when she began to visit her parents at one of the 50 top golf courses in South Carolina only to also find out that as the daughter of Callawassie Club members she did not even have to pay a greens fee!

Catherine’s in-laws were no less excited. As golfers in Japan, getting a tee time there required a lot of dedication and advanced planning. Catherine’s mother-in-law was particularly happy to discover the accessibility of our three, nine-hole courses, as well as her ability to mix and match rounds on the Dogwood Course, the Magnolia Course, and the Palmetto Course. 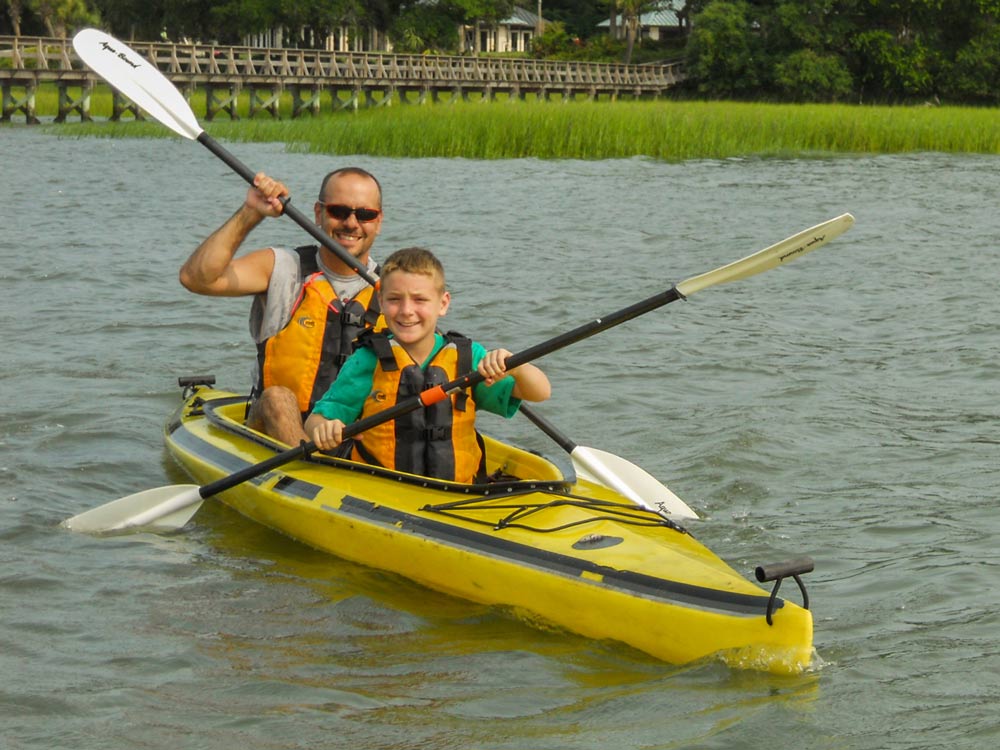 Christmas 2016 marked the first gathering of the whole family here for the Christmas holiday, as the grandchildren reached a portable age and an age of interest – they, of course, had to be assured that they would not outrun Santa by coming here. Moreover, Easter 2017 was the grandchildren’s first Easter Egg Hunt here under the Spanish moss. However, undoubtedly, these holidays will not be the last.

Camp Callawassie, a three-and-a-half-day immersion in the joys of our island, guided by member volunteers and Callawassie Island staff, leads into the July 4th holiday. It completes a family celebration of the many joys of mid-summer on Callawassie Island – golf, tennis, swimming, kayaking, crabbing, and fishing are just a few.

A Different Kind of Paradise

To Shane and Valerie Smith, the life that most of us think of as “California Dreamin’” had long been a reality. With family in Monterey and business in Los Angeles – and with Shane’s career still in full swing – the couple might have found every good reason to stay on the West Coast.

What they found on Callawassie Island, after a diligent, four-year search through the East Coast and Pacific Northwest, as well as nearly every private community in South Carolina, was not only beauty, atmosphere and pace that was more to their liking, but also a connection within the community that they had missed.  “A bunch of folks who are very attentive to each other,” as Shane put it.

“It is not about reasons to be here anymore. Now we would have to come up with reasons to leave,” Shane said. “There’s no restaurant with a better view than our own home.”  Moreover, compared with the tensions that came with L.A. traffic, “Here, everything is just 20 minutes away.” 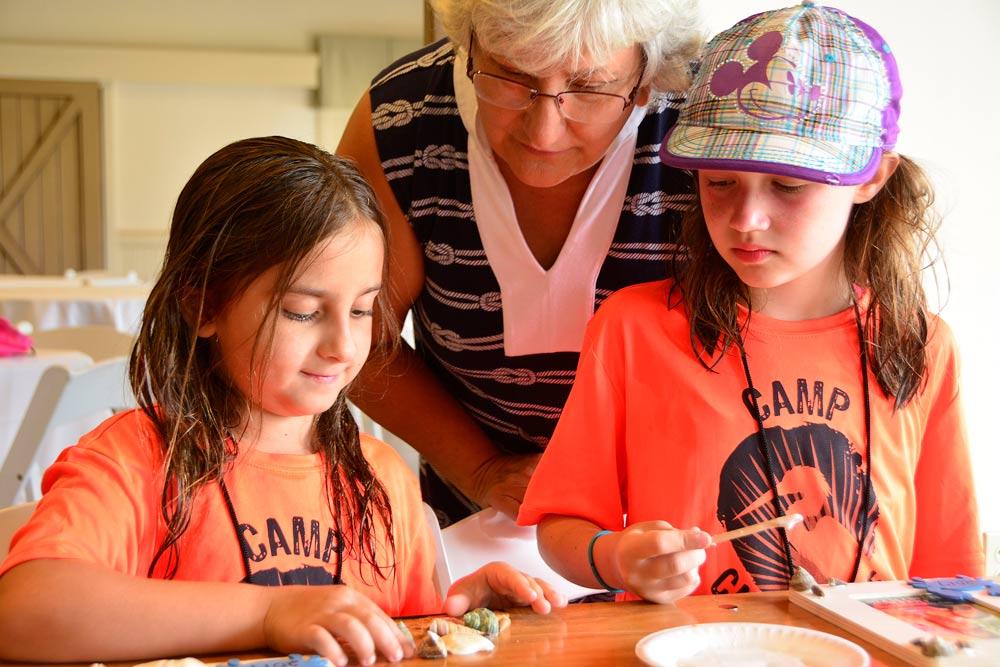 What Better Place for Family than Here

The home they found – and founded – on Callawassie Island is “like a big clubhouse,” with family members ranging from 2½ to 91 on any given evening. “It has become a kind of hub for us,” Valerie said. Valerie’s parents came for a visit only once, and when they went back to Monterey, they packed their home up and immediately moved to Callawassie Island in May of last year. Now they not only are close to Valerie and their grandchildren, but Valerie’s sister near Philadelphia and brother in Richmond are also within easy reach.

Shane points out that, with children two and six at home, as well as grown children out of town, and with his own work still as busy as ever, their family is a clear example of “non-retirement on Callawassie Island,” and a proof-of-concept for future residents.

Because Shane’s work still calls him abroad on occasion, being accessible to his choice of international airports in Charleston and Savannah is useful. To a former Los Angeles businessman, the journey to and through the airport from Callawassie Island is still far less rigorous than it was at LAX, and the time with his family in-between is even more rewarding in many ways.

Even though the natural beauty is breathtaking, “It is the exposure to each other that makes the Callawassie Island experience so magnificent,” Shane said.